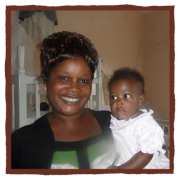 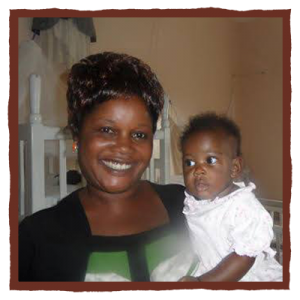 Agnes Lubega, a program leader for several HOPE circles in Kampala, Uganda, embodies the reality that hope and faith, coupled with an enterprising spirit, can transform lives. This month we share her story.

The last sounds of funeral weeping faded away. Seventeen-year-old Agnes wrapped her hands around those of her littlest sibling and trudged back to the tiny house. It was quiet and empty. No mother would ever again welcome them in the door. No father’s snore would add its protective rhythm to the night. AIDS had stolen those comforts. Her eyes ached from unspent tears and her stomach was a knot of sorrow, but Aggie could not indulge in grief. As the oldest, the heavy responsibility of caring for six young siblings now fell to her. She had little food to give her sisters and brothers. In the first light of morning she would have no choice but to go out and beg in the streets. The shame sickened her.

Pitying strangers handed Aggie a coin or two, and by mid-day she had a small fistful. She stared at her hand. It might be enough to sustain them today. What about tomorrow? Begging, vulnerability, and subsistence living stretched as far into her future as she could see. An idea slowly took shape in her mind, and with it a tiny seed of hope grew.

Aggie walked to the local food store, purchased as much popcorn as her few coins would buy, and hurried home to pop it. She shooed her little siblings away, sharing only a kernel or two. She bundled up the rest and headed back out the door to start a business. In an hour’s time, Aggie had transformed herself from orphaned beggar to enterprising businesswoman. Within weeks her popcorn sales grew. She gathered a base of loyal customers and no longer worried about whether she would be able to buy food for her family.

As light faded one late afternoon Aggie heard strains of music coming from a church. Curious, she stood by the door listening. She inched her way inside and took a seat, resting her tired legs. Outwardly Aggie was a young businesswoman and single parent to her brothers and sisters. In her soul she was an orphaned teenager.

The pastor smiled in welcome and began to speak. He spoke of God, who is Father to the fatherless, and Jesus who let the children come to him. Longing and long-neglected tears spilled out. Could it be true that there was a heavenly Father who wanted her, loved her, and would care for her?

Over the next weeks and years church members embraced Aggie and her siblings. Eventually Aggie married a pastor from the church and had children of her own. Together she and her husband cared for their congregation and founded several ministries, including a school and an orphanage. 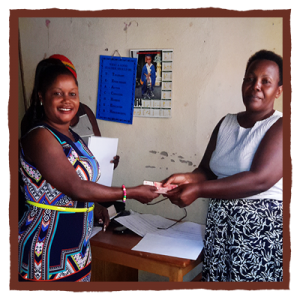 One day as she walked up the street, Aggie heard commotion and saw a crowd circled looking at the ground. As she drew near she could see a newborn baby, encrusted with dirt. It was dead, and it had been partially eaten by stray dogs. It is not unusual for new mothers in Kampala to succumb to despair, but Aggie knew that she had to do what she could to prevent other babies from dying abandoned in a dumpster or on the street as this one had. 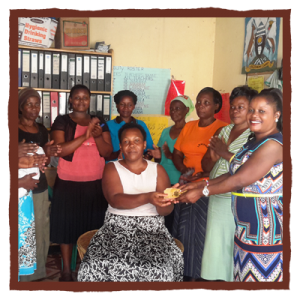 Aggie’s bright eyes and wide smile are contagious as she describes the baby home and the HOPE circles she oversees. The women in the HOPE circles are receiving business training which is infused with biblically-based character lessons and which includes the opportunity to apply for microloans. Aggie joyfully reports, “They have resources to provide for their children so they won’t abandon their babies. Some of them also volunteer at Aggie’s Baby Home.”
Read more about Aggie’s Baby Home here.

You can participate.  A donation provides loan funds for groups like Aggie’s.

Rescue Pink: A Group in Action
Scroll to top