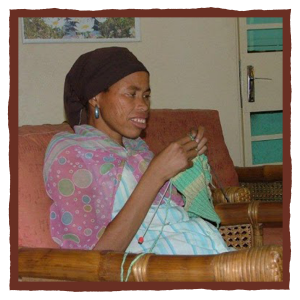 Talk about rough beginnings. At her birth, her parents took one look at her and unthinkingly saddled her with the name Maimouna: “Owner of Ugliness”. Her little eyes drifted in different directions, striving but never able to focus. Later in life, her lips struggled to conceal multiple dental problems and wayward teeth. No, not much was going right for the girl with a curse of a name.

Life is hard in Niger, even if you have good vision and straight teeth. This landlocked West African country is stingy with its resources. The sky rarely sends rain; the earth can be unyielding as concrete. Most people there work hard and long to earn less than $2 a day. It seemed Maimouna was destined to grow up like so many young Nigerien women, uneducated and desperately poor, with begging or prostitution as a dismal last resort.

Maimouna was not like most young women, however. Perhaps because of her appearance, Maimouna’s parents kept her home from school. Yet she learned to read and write anyway, a major achievement in sub-Saharan Africa. The blessing of literacy led her to the blessing of salvation found in the Bible. Early in life, the “straight path” of the Lord was her choice.

Despite her poor eyesight, Maimouna learned to sew, embroider and knit, and hoped to somehow sell her goods in the marketplace. She felt at a loss as to how to do this, though. One day, she got a bold idea, and went to talk to Judy Evans, a local SIM (Serving in Mission) missionary:

She came to visit me one day. As usual, she had her knitting in hand, busily making a baby bonnet. She asked if I could help her with capital for her little business. I said that I had no means to help her right away, but that I was looking into an idea that might be the answer and would let her know.

When Maimouna visited Judy that day, there was sawdust and hammering all about. She and her husband, Gordon, were overseeing construction of a long-awaited Christian conference and retreat center. They were also drawing up plans for a new K-12 school. In the midst of this hectic time, Judy saw there was also important work to be done in the lives of the women around her. “I had been distressed with the poverty of so many of the Christian women in this Maradi area, believing that God surely had more for them.” Recently, Judy had logged on to the Women of the Harvest website, and clicked on the HOPE of the Harvest link, which detailed a way that cross-cultural workers could help local women develop good business practices, and ultimately obtain microloans for them. She wondered if this was the “more” she’d been praying for. After Maimouna’s visit, she felt the Lord had made it pretty clear! She applied on behalf of several good candidates, women of industry and integrity who already had small businesses that needed a boost.

Approval came quickly. Since Judy didn’t consider herself an expert in business or finance, she was relieved to see that the HOPE materials were very user-friendly, and also incorporated Biblical principles into each lesson. There were real live people, a HOPE Advocate and HOPE Loan Officer, to coach and encourage her every step of the way. On the counsel of the HOPE Advocate, Judy enlisted the help of another SIM coworker, Judy Sterkenberg, and set the date for the first meeting.

Maimouna and the other HOPE candidates chatted animatedly together at the Basics of Business orientation session. There were paper handouts and pencils. She had never attended school; now suddenly, it felt like she was in her first day of college! Her family didn’t fully comprehend the importance of this, though, and kept her from attending two of the next three sessions. Since regular attendance was essential, it seemed Maimouna was destined to fail before she’d even begun. Judy Evans sadly took her name off the class roster.

Judy was surprised and delighted when, on Week Five, Maimouna showed up again in class, with all her missed homework done and her “smart-start savings” in hand. [Before a woman receives her loan, she must prove that she is able to save the monetary equivalent of two loaves of bread a week for five weeks.]

Maimouna was welcomed back in. As they continued to meet, something in the group began to change. These women who had been casual acquaintances, walking the same dusty streets and shopping at the same vegetable stands, began to have a special sense of belonging. The six women and “the two Judys” [as they are affectionately called] were united in the desire to learn good business practices, and do their work as unto the Lord. Commitments even extended to helping someone repay their loan if she ran into difficulty.

Maimouna soon discovered that there were many more friends dedicated to her success, a hemisphere away. First of all, there were her adoptive sponsors in Colorado who would, once she qualified, provide her a $90 loan and pray daily for her. Then, there was Mimi Kaplysh, the HOPE Advocate who regularly communicated with “the two Judys”, and made sure all their questions were answered. Mimi was part of the 13-member HOPE of the Harvest team, all volunteers, who regularly pray for all the Circle loan recipients and leaders by name.

When they first received the bios and photos of the Niger HOPE Circle, the stateside HOPE team members soon realized they needed serious help with pronouncing names, and remembering who was who. The problem was solved with descriptive nicknames. Maimouna became Mona the Lovely One, to reverse the curse, and recognize how God viewed her. Zainou was dubbed Zsa Zsa the Strong One, because she pounded millet grain with a mortar and heavy pestle for many hours a day . . . and also encouraged her HOPE sisters to wear the devil down in the same way. Salamatou, who made fried yams, was Sweet Potato Sally, and Sahiya, who made a leaf-derived protein paste and taught literacy classes, became Sarah the Wise One.

To distinguish between the two Mariamas, the one who had a bakery became Mary Who Feeds Hungry Souls, and the other, Mary Whom Angels Surround. The latter Mary earned her title because of her great fear of being invaded by robbers while her husband worked. One night she heard commotion in her yard. Emboldened by many weeks of HOPE Circle prayers, she shouted out to a man making off with her prize sheep, and he was so scared he dropped it and the lamb made its way back home safely! Mary tells this “glory story” to all who will listen! And, she is no longer afraid at night. The other Mary had had frightening dreams of death. The HOPE ladies prayed and prayed over her. Both Judys encouraged her to go to a prayer workshop, and it was there that some pastors prayed over her and broke the bondage of many years. So now, both Marys sleep in peace at night.

It was clear: this gathering of village women was fast becoming more than just a means to build businesses; it was becoming a way to build character, friendship and faith. The two Judys would crawl into bed tired but gratified every night after HOPE meetings. Says Judy Evans of one session:

Each lady expressed gratitude to God and us for all that He was teaching her both in business principles and in her Christian walk. It was really a blessing to hear. Some of the things they mentioned were: learning to keep track of their money by keeping accounts, learning to save, learning to pray about every step and trust God, learning to be excellent in their business and care for their clients, learning to try some things “outside the box”. Also they mentioned the specialness of being part of a like-minded group with whom they can share their joys and their sorrows in prayer and praise rather just themselves all alone with the Lord.

The benefits of the group also included creative thinking. Role-playing on how not to treat your customers produced peals of laughter loud enough to bring the neighbor children running. Midway through the 12-week session, it became apparent that “Sarah’s” and “Sallie’s” food-based businesses were floundering, and so the idea was formed for them to join with “Mary Who Feeds Hungry Souls’” cake and pastry business. The Maradi Circle of Hope Cooperative catered a homeschooling conference, and is getting more business [and hands-on business lessons] as they work to devise healthy and profitable meals. When “Mary Whom Angels Surround” began delivering wood bundles to customers, Judy Evans asked her if other wood sellers did the same, and she replied, “Oh, no, I got that from Anna’s example!” [Anna is the cartoon role model used in the Basics curriculum to show how to build a business of excellence.]

As “Mona” walked to the eighth session of the Basics of Business class, there was the natural excitement of knowing today was the day she’d receive a loan that could take her knitting and embroidery business to the next level. Judy counted the loan money into her hands, and Mona’s eyes got wide. She had never before seen or held even the tiniest fraction of that amount of money. But there was also another feeling, a new and wondrous feeling of being cared and prayed for, of having others cheer her on and believe in her.

Her friends had come to look to her for inspiration. “Mona” was recognized as being one of the spiritual leaders in the HOPE Circle, displaying strong gifts of teaching and exhortation. She’d read through the whole Bible twice, and the New Testament another two times. Scriptures flowed easily from her as she encouraged others to seek God with their whole hearts.

Mona the Lovely One is a modern-day, African example of 1 Sam. 16:7: “God sees not as man sees, for man looks at the outward appearance, but the LORD looks at the heart.” God again and again chooses the unlikely, and what the world would call the unlovely, for His plans and purposes.

The two Judys have spoken with doctors and dentists to see if corrective surgery is possible for Maimouna. But crossed eyes and crooked teeth won’t get in the way of her future. She has a lot of things straight: her absolute trust in God, her love for others, and her belief in a better life for herself. Along the way, she is glad for the lessons learned on the HOPE of the Harvest path, and so are the sisters she brought along with her. 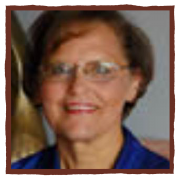 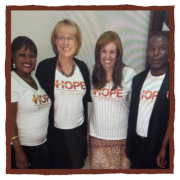 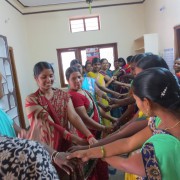 Rescue Pink: A Group in Action 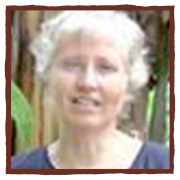 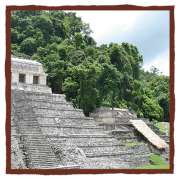 Basics of Business in Spanish! 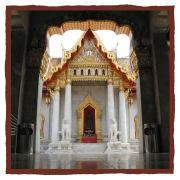 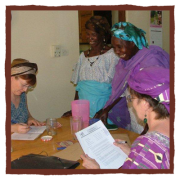 From Nigeria
Scroll to top